In this chapter we’ll go over how to create spawn points. What is a spawn point? It is a point in the game where a given character is spawned. The conditions under which a character will be spawned depend on the settings selected in the NPC or/and commoner spawning systems.

We need six spawn points for our adventure. First let’s open the module in which the adventure will be created. Select Open Module from Module menu: 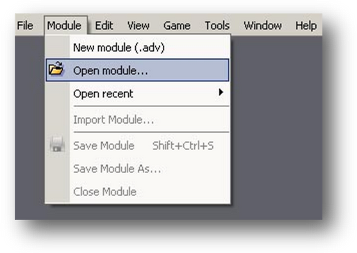 This opens the standard Windows window used for loading files. Look for the module with containing our adventure (documents are saved in the Document and Settings\username\My documents\The Witcher folder). Highlight it and click Open. After opening the module, a Module Explorer window will appear on the left side of the screen: 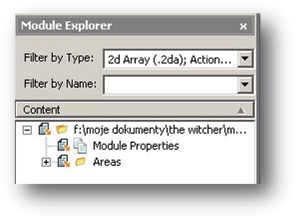 More information about the D’jinni’s interface is available in another chapter of this manual. To add a spawn point, we have to edit the game area. Open the tree containing the area by clicking on the small ‘+’ sign located next to its name:

After expanding the Areas tree, double-click on the Edit Area option: 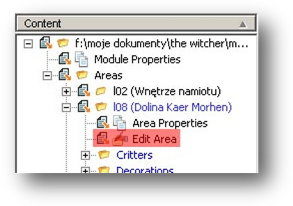 After a while the area window will be loaded to the editor: 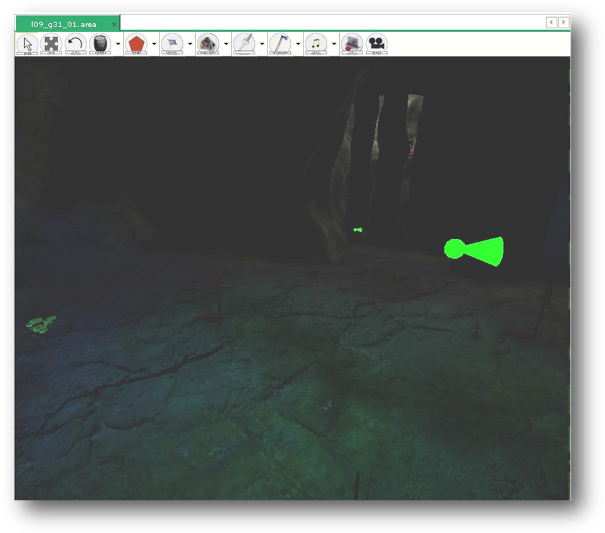 If the area is too dark when it loads, you can brighten it up. In order to do so, choose Ambient -> Medium Ambient from the Render menu: 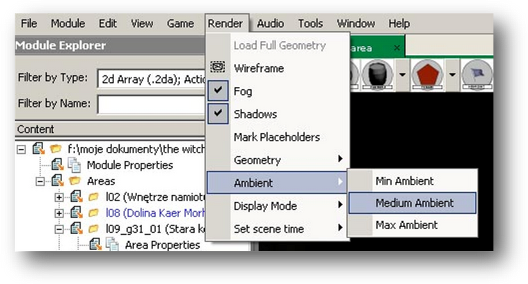 This immediately makes the area brighter: 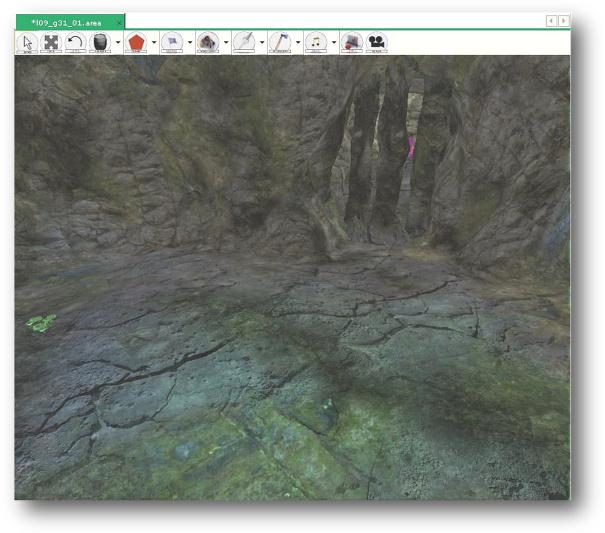 First we will create a spawn point for our NPC, let’s call him Siegfried. To set a new spawn point, click on the seventh icon from the left. This icon is located on the toolbar above the edited area:

It is possible to create a spawn point using a template, so select one from the list. Click on the downward arrow located next to the spawn point icon:

The Select window will open: 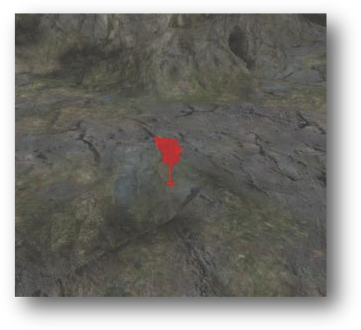 Now we have to set the attributes for this spawn point. To do this, double-click on the new spawn point. The Spawnpoint window will appear on the right side of the D’jinni Editor: 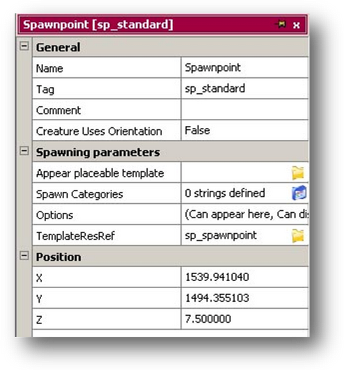 The attributes of the new spawn point are in the left column. They are divided into sections (General, Spawning parameters and Position). To make navigation easier, you can collapse the sections by clicking on the small ‘-‘ sign next to each section name:

The values you can assign to this attribute are:

This opens the standard Windows window used for loading files. Choose the object you want to load (files in the .utp format) and click on OPEN. The standard spawn point object will automatically change into the new object. 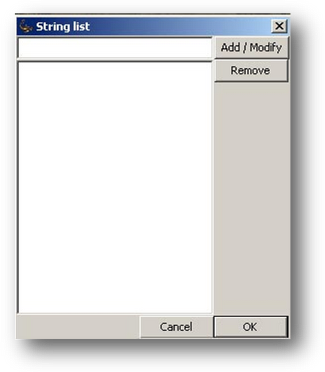 Remember the column called Spawn Categories in the NPC / commoner spawn system? We added spawn categories to this column. If we want a character to spawn in a specified spawn point the tags for both the spawn category and spawn point should be the same. We assigned the tag spawn_siegfried for Siegfried the NPC. Now assign the same tag to the spawn point. Click on the upper field of the String list window:

This text will appear in the lower field:

The tag will then appear on the upper field of the String list window:

Now you can modify the tag and then click on Add / Modify. If you want to remove the tag altogether, highlight it on the String list and click Remove:

In our case, however, we don’t want to delete the tag. We want Siegfried to be spawned in the spawn point. Remember that a spawn point can have several tags, allowing several characters to spawn at one spawn point.

Change the settings by clicking on the small boxes next to the options:

Clicking an unmarked option will mark it. If you want to change all options at once, click on a small box next to the asterisk:

The values you can assign to this option are:

This opens the standard Windows window used for loading files. Select the template you want and click on Open.

Add the next spawn point somewhere far off. This will be the spawn point for the Professor. Give it the following attributes:

Close to the Professor’s spawn point, place the next two. Give the first spawn point the following attributes:

For the second one:

There is one more spawn point, for the wolves. Add the last spawn point somewhere further away. Give it the following attributes:

That’s it when it comes to creating spawn points. Our area now has places for our characters to appear. It is time for the next stage of our adventure.

Community content is available under CC-BY-SA unless otherwise noted.
Advertisement